Are you a victim of Cambridge Analytica? And how will GDPR protect you in the future?

In 2014, a researcher at the University of Cambridge launched a Facebook app called “This is your digital life” where users were paid to fill out a survey. Back then Facebook allowed apps to store data from the friends of the respondent, and even friends of friends! Result: only 8 Belgians answered to the survey, but the survey app stored data on more than 60.000 Belgians!
This data consisted of email addresses, likes, locations and other data. This is considered personal information and there was no explicit consent given to store nor use this data by the numerous victims.

HOW TO KNOW IF YOU'RE AFFECTED?

If you’re affected, you’ll get one of two notifications which will provide more information. 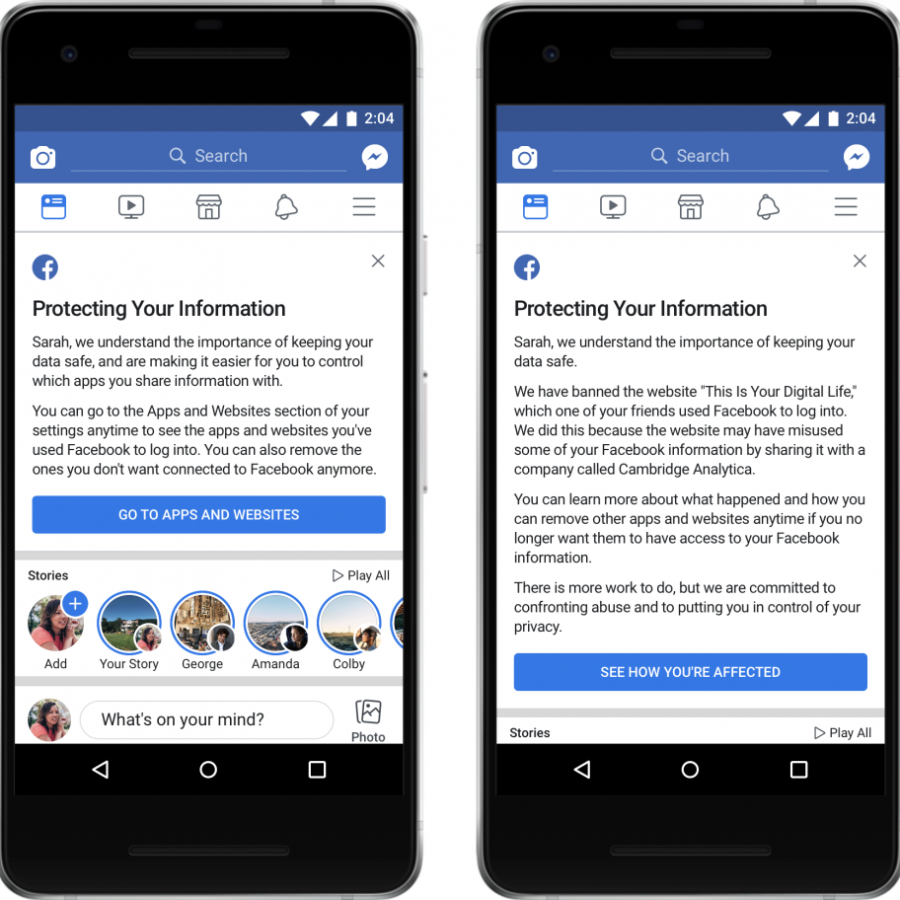 These messages are sent on 09/04/2018 @6PM GMT+1. More information can be found in the Facebook’s Head of Technology blog post.

UPDATE: Check via The Facebook Checker if you're one of the victims.

HOW GDPR WILL PROTECT US IN THE FUTURE

By currently applying the Data Protection Act 1998, Facebook could be covered since the users gave their consent (AN - consent by default) when they first signed up. But if it can be proven that the data was unlawfully collected, they could get a fine up to $40,000 per violation.

However, in the fast coming GDPR era, the Cambridge Analytica case could cost Facebook 20 million euros or 4% of their annual global turnover. The lack of an explicit, positive consent and a large-scale data breach are two of the most significant infringements in the UE, thus for Belgium and France. Note that in 2017 it had a total of €32,5 billion worldwide turnover. We’ll do the maths for you: 4% would be €1.3 bn.

If you’re curious what the GDPR era is about, check out this post:GDPR: Dream or nightmare?

In any case, Mark Zuckerberg will need to explain his case the 10th of April 2018, when he’ll testify before the Congress. His arguments and part of his speech can already be seen on his public profile or via the newsroom ads.

UPDATE: You can watch the full testimony (5 hours) here.

The #deletefacebook campaign is huge in the US, with people massively leaving Facebook and thus hurting potential ad revenue. Facebook themselves are also quick in releasing updates (such as this one) where they reveal extra measures to assure the ads transparency – especially those of certain subjects.
Facebook will continue to make changes to regain their users’ trust and prevent this from happening in the future. There is a high possibility they’ll have to pay a fine. Just don’t share anything you wouldn’t want your grandmother to see and make sure you’re using Facebook responsibly 😊.

What is an inbound marketing culture?